Appreciated for centuries for its medicinal virtues and for its exceptional uses in terms of skin problems, jojoba oil has become a key component of the cosmetics industry. From shampoos and conditioners to face masks and tinctures, it is present everywhere. Beauty bloggers are fascinated by it and skin care experts also praise its healing properties.

Jojoba oil, pronounced “ho-HO-ba,” is a rich oil that has found its place in the cosmetics industry because of its amazing benefits for skin and hair. With the ability to unblock pores, prevent acne and give shine to hair, it deserves its place in any daily routine for skin and hair care.

What is jojoba oil?
Jojoba oil is produced from the liquid wax found in the seeds of a plant called jojoba, known scientifically as Simmondsia chinensis, native to the United States and Mexico – southern California, southern Arizona and northern Mexico. About 50% of the weight of each jojoba seed is essential oil. The jojoba plant grows slowly, not being widely cultivated, being used especially in the cosmetics industry.

What does jojoba oil look like?
Pure jojoba oil is transparent, light yellow and smells like walnut, while the refined one is colorless and odorless. It contains many fatty acids, which favors not only its dense texture, but also its health benefits.

History
The history of jojoba dates back hundreds of years, even though it became very popular about 40 years ago. It has been used for 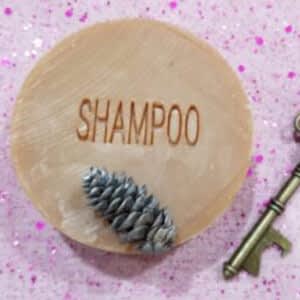 centuries by American Indian tribes to heal wounds. However, around 1970 it began to become a component of the cosmetics industry. After environmental activists launched campaigns to stop the use of “spermaceti” – oily substances found in whale heads and whale oils, which were used in cosmetics and would have led to a decrease in whale populations – those involved in the cosmetics industry began to look for alternatives. Since 1981, when the import of the substance was completely banned, the largest cosmetics companies have managed to use jojoba oil instead in skin and hair care products. Jojoba oil is still recognized as an elixir for skin and hair. With many health benefits, it is also a carrier oil, which means that it can be combined with other essential oils that cannot be applied directly to the skin.

It helps dry and cracked skin regain its natural, healthy moisture level. It contains high levels of ceramides, which are fatty acids that surround skin cells to protect them and keep them hydrated. They form long chains, which produce anti-inflammatory properties, suitable for treating skin infections and healing wounds. The barrier created on the skin by the ceramides in it can keep away free radicals from polluted air and thus prevent the loss of skin moisture. It can be used as a face and body lotion or you can use it for certain dry spots on the body to rehydrate them. Jojoba oil can also fight stretch marks. You will simply apply a small amount of jojoba oil on stretch marks or apply it on the abdomen during pregnancy, so as to prevent their appearance. It is also useful because it keeps the skin hydrated after shaving and because it removes painful irritations.

It is suitable for all skin types

It is non-comedogenic, which means that it will not block pores and will not allow accumulations that will lead to various problems. You can use it on all skin types, even if you have sensitive or oily skin. Jojoba oil is especially good for people who have oily skin because it is an astringent oil. Jojoba prevents excess secretion of the sebaceous glands and regulates sebum production. It unlocks pores and therefore you can initially notice an intensification of the activity of the sebaceous glands until the skin will purify and adapt to a new balance.

It helps you get rid of fine lines and wrinkles

One of the most common uses of jojoba oil is that of anti-aging oil. It has properties that lead to firmer skin, with fewer fine lines and wrinkles. It also has this effect thanks to its vitamin E content. Studies have shown that vitamin E is essential against premature aging. It is an antioxidant that protects skin cells from free radicals, as well as solar radiation, which leads to damage and wrinkles. It also contains other antioxidants, such as linoleic acid, which helps skin cells to regenerate and maintain their youthful appearance. Several studies have concluded that consuming foods with vitamin E will improve the skin’s appearance, but truly spectacular results can be obtained if topical jojoba oil is applied.

It is useful in relieving the most common skin problems

It has shown promise in relieving problems such as eczema and rosacea. A study in Pharmacology Research showed that this oil has anti-inflammatory properties that will reduce the redness and inflammation associated with irritated skin. This effect can also be beneficial in the case of rosacea, smoothing skin tones and reducing redness. It can also treat dry skin, being beneficial for areas of the body where the skin dries faster. For example, you can apply the oil on cracked heels or dry hands after spending time outside in the winter months. You can also anoint your feet and hands with jojoba oil and cover them with socks or gloves overnight so that you get a velvety skin. For best results, constantly moisturize yourself with oil or simply put a few drops on a cotton ball and apply it to problem areas.

It is an alternative to chemical make-up removers

It is an alternative to make-up removers that can irritate and aggravate skin problems. Because it mimics human sebum, jojoba oil will not dry out the skin. Be careful with the eye area, as there the skin is more sensitive and thinner than in other areas. You will simply soak a cleansing disc in oil and massage it on your face before bed. You can also use this oil to remove make-up and then to clean your skin, in 2 stages. First, you will remove all makeup products. After that, use a dry cotton ball and remove the remaining residue, then apply a layer of jojoba oil to hydrate you during the night. Alternatively, you can use the oil to remove the bulk of the makeup and then it is good to continue with a gentle cleanser or a face wash lotion.

Although it seems unusual to treat acne with oils, jojoba oil contains compounds that improve skin health and reduce acne. This is an excellent treatment for this purpose as it cleanses and reduces pores, eliminating one episode of acne and preventing others in the future. A German study from 2012 showed that the mixture of jojoba oil and clay relieves mild cases of acne, minimizing scars and lesions from it. The study involved 133 people, and 54% of them could see a decrease in acne lesions after 6 weeks of treatment based on a facial mask with jojoba oil and clay. People who applied this mask 2-3 times a week noticed a 49.4% reduction in pimples by the end of the treatment period.
Because jojoba oil is more of a wax, not an oil itself, it works similarly to human sebum, which regulates the production of oils. Acne is caused by too much sebum production, which stagnates in the pores. By applying jojoba oil, scientists say that all the cells on the skin on the face will receive the “message” that they must stop producing as much oil, which will lead to cleaner skin.

Just as it has effects on the skin, jojoba oil treats both oily and dry scalp. A greasy scalp can lead to hair loss, while a dry scalp leads to a dull appearance of the hair. Dry scalp can also lead to severe irritation and itching, which will promote dandruff. By hydrating and controlling sebum production, jojoba oil balances the skin of the scalp and ensures a stronger and shinier hair. 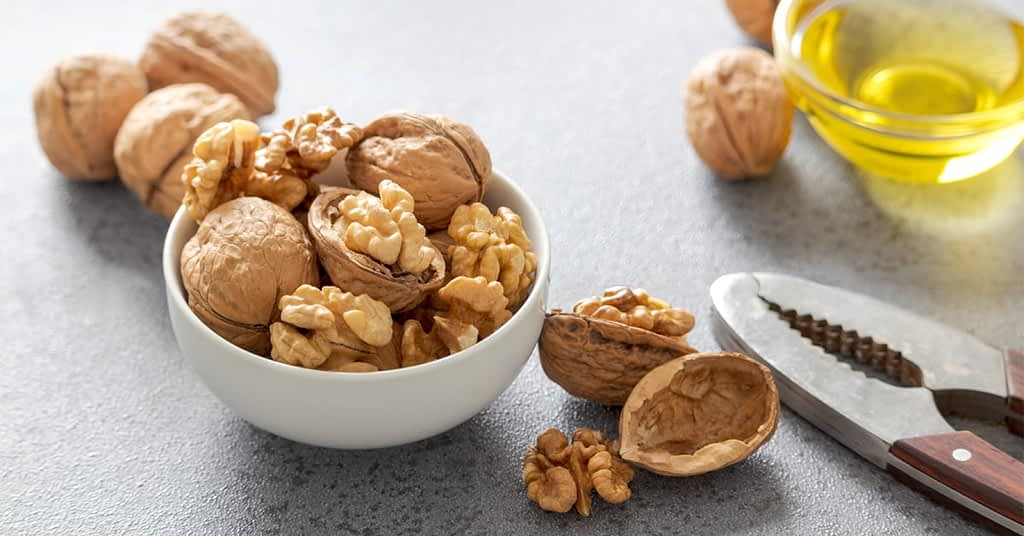 Walnuts contain active ingredients that have positive effects on the whole body, but especially on the hair and skin. Today,… 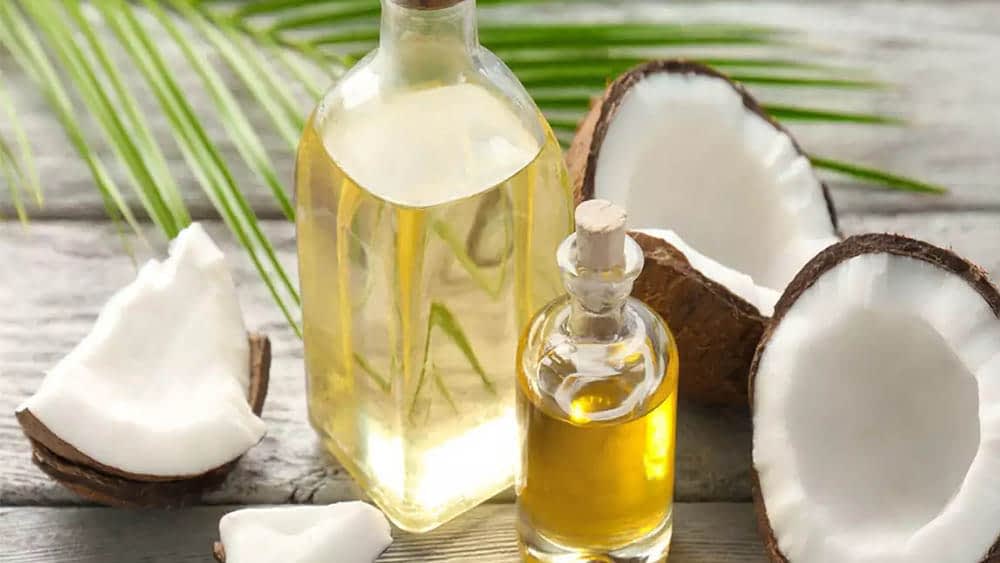 For centuries, people have used coconut oil for its nourishing properties and health benefits, in the preparation of certain dishes,…